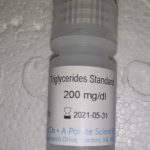 Gene Ontology (GO) and Kyoto Encyclopedia of Genes and Genomes (KEGG) analysis were performed with the DAVID tool. Hub genes were calculated by the Cytohubba package. A total of 3653 genes was selected to construct the co-expression modules.

In NSTEMI, the Hub genes are related mainly to energy metabolism in the sky-blue module including Olr1, Nap1l3, Gfer, Dohh, Crispld1 and Ccdc8b; they are mainly related to extracellular space and calcium binding in the Cyan module, including Clec12b, Chd4, Asgr1, Armcx4, Chid1 and Alkbh7.

The hub genes in the Salmon module include Ell3, Aldh1b1, Cavin4, Cabp4, Eif1ay and Dus3l. Our results provide a framework for co-expression gene modules in STEMI and NSTEMI patients, and identify key targets as biomarkers for patients with different subtypes of AMI.

Reproducibility and sensitivity of 36 methods to quantify the SARS-CoV-2 genetic signal in raw wastewater: findings from an interlaboratory methods evaluation in the U.S

In response to COVID-19, the international water community rapidly developed methods to quantify the SARS-CoV-2 genetic signal in untreated wastewater. Wastewater surveillance using such methods has the potential to complement clinical testing in assessing community health. This interlaboratory assessment evaluated the reproducibility and sensitivity of 36 standard operating procedures (SOPs), divided into eight method groups based on sample concentration approach and whether solids were removed.

Two raw wastewater samples were collected in August 2020, amended with a matrix spike (betacoronavirus OC43), and distributed to 32 laboratories across the U.S. Replicate samples analyzed in accordance with the project’s quality assurance plan showed high reproducibility across the 36 SOPs: 80% of the recovery-corrected results fell within a band of ±1.15 log10 genome copies per L with higher reproducibility observed within a single SOP (standard deviation of 0.13 log10).

The inclusion of a solids removal step and the selection of a concentration method did not show a clear, systematic impact on the recovery-corrected results. Other methodological variations (e.g., pasteurization, primer set selection, and use of RT-qPCR or RT-dPCR platforms) generally resulted in small differences compared to other sources of variability.

These findings suggest that a variety of methods are capable of producing reproducible results, though the same SOP or laboratory should be selected to track SARS-CoV-2 trends at a given facility. The methods showed a 7 log10 range of recovery efficiency and limit of detection highlighting the importance of recovery correction and the need to consider method sensitivity when selecting methods for wastewater surveillance. 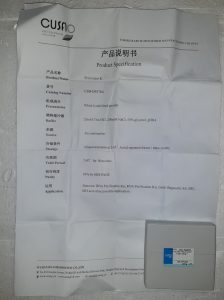 Results: Here, we describe a novel method, ExTraMapper, which leverages sequence conservation between exons of a pair of organisms and identifies a fine-scale orthology mapping at the exon and then transcript level. ExTraMapper identifies more than 350k exon mappings, as well as 30k transcript mappings between human and mouse using only sequence and gene annotation information.

We demonstrate that ExTraMapper identifies a larger number of exon and transcript mappings compared to previous methods. Further, it identifies exon fusions, splits, and losses due to splice site mutations, and finds mappings between microexons that are previously missed.

By reanalysis of RNA-seq data from 13 matched human and mouse tissues, we show that ExTraMapper improves the correlation of transcript-specific expression levels suggesting a more accurate mapping of human and mouse transcripts. We also applied the method to detect conserved exon and transcript pairs between human and rhesus macaque genomes to highlight the point that ExTraMapper is applicable to any pair of organisms that have orthologous gene pairs.

Availability: The source code and the results are available

As a result, viruses use strategies of transcription and translation in which one or more of the steps in the conventional gene-protein production line are altered. These alternative strategies of viral gene expression (also known as gene recoding) can be uniquely brought about by dedicated viral enzymes or by co-opting host factors (known as host dependencies).

Targeting these unique enzymatic activities and host factors exposes vulnerabilities of a virus and provides a paradigm for the design of novel antiviral therapies. In this Review, we describe the types and mechanisms of unconventional gene and protein expression in viruses, and provide a perspective on how future basic mechanistic work could inform translational efforts that are aimed at viral eradication. 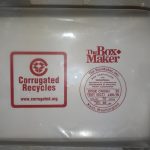 Not too approach again N6-Methyladenosine (m6A) has been acknowledged to data the interplay of RNA-binding protein hnRNP C and their objective RNAs, which is termed as m6A-switches. We systematically investigated 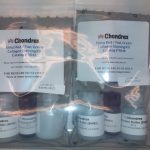 Background: Understanding the genetic variety of candidate genes for malaria vaccines comparable to circumsporozoite protein (csp) might improve the event of vaccines for treating Plasmodium knowlesi. Therefore, the goal of this 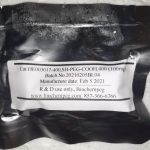 Nutrient availability is essential for progress of algae and completely totally different microbes used for producing worthwhile biochemical merchandise. Figuring out the optimum ranges of nutrient gives to cultures can